In Conversation with Baek Jae-ho

Before embarking on a career as a director, Baek Jae-ho performed as an actor in 17 films. In addition to acting and directing, he now works as a producer, cinematographer and screenwriter; in this respect, Baek Jae-ho is like Bob the Builder of Korean cinema. His recent project and directorial debut, We Will BeOk, was presented at the last year’s London Korean Film Festival, where he received positive reviews from critics as well as the audience. The film premiered in the “New Currents” section at the 2014 Busan International Film Festival and then had the wide release in the filmmaker’s native South Korea in December 2015; it was screened for a month around the country. Baek Jae-ho is also very active politically and always fights the good fight. We managed to interview Baek Jae-ho and asked him a few questions about filmmaking, We Will Be Ok and Busan International Film Festival. 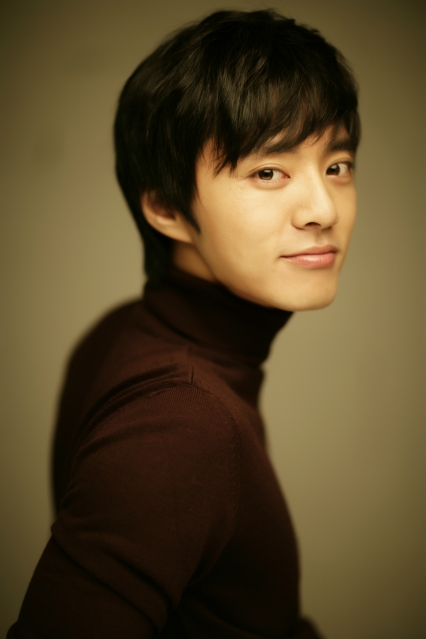 You started as an actor before embarking on a career as a director. What made you decide to become one?

If I want to play a role in a movie, can’t I direct one myself? Rather than directing what another person has written or wants to talk about, can’t I write something that I want to talk about? I don’t need to have a big budget or a large staff to make a film. These are what I was thinking when I became 30.

Your latest production, We Will Be Ok, was relatively successful here in London, as well as in your home country, South Korea. How did you come up with the film story and how long did it take you to write and then make Will Be We Ok?

Initially, my actor friends and I planned to make a series of films by and for ourselves – each one of us was in turns supposed to direct and play the main character in one of our films. In 2012, it was my turn to make one; I planned to make a film, based on the script titled Can’t talk about it. But since other friends couldn’t handle the camerawork and some other functions, we decided to make a film where Kim Sang Suk was the main actor again, and I rewrote the script to suit him. While rewriting, I added what I was thinking both in my daily life and while making the films. Initially, it only took 2 days to rewrite the script, but we stopped during filming, since it didn’t feel right. Next year, I started rewriting it again. I completed the new script in October 2013, in Busan, while I was at the Busan International Film Festival. During filming and editing we then re-shot scenes if it was necessary.

What was your vision for We Will Be Ok, and what message or story were you trying to get across to the audience?

As I wanted the audience to feel the film in his or her own way, I didn’t convey the message clearly. I hope that the audience will live their lives more proactively after seeing that we made the film ourselves, as opposed to getting such an urge from the message of the film.

What sort of challenges did you face production-wise while making We Will Be Ok?

Since we did neither borrow the money from others nor work with a large staff, there was no pressure that we must complete the film. That was good, but at the same time it was an obstacle in completing the film. Overcoming myself was the most difficult part.

We Will Be Ok was screened at the 2015 London Korean Film Festival. Was there a difference in reception between the domestic Korean audience and the foreign audience here in London?

I thought there would be differences, but I was surprised to receive similar reviews from the audience in both countries.

You are quite active politically, and both We Will Be Ok and your follow-up projects address several social and (to a point) political issues. Do you feel the pressure to pick projects that carry a lot of meaning, or would you consider something more mainstream and easygoing?

While we were filming and also at this very moment, a lot of problems have been occurring in Korea due to the politics. Since I write stories about how we live today, it is very difficult to exclude political and social issues from my stories. I haven’t decided which story to tell next.

Busan International Film Festival held a special place in the heart of the main character in We Will Be Ok; to what extent does that reflect your own personal feelings? What is your view on BIFF and its current situation and the situation of other film festivals in South Korea?

Although it is a big event, it is suffering from political issues. I think that diverse films telling different stories must be shown at a film festival since the audience must be able to choose which films they want to watch. If it showed only the films censored by the government, I think it would no longer be a film festival.

When you think of your next project, how do story ideas usually come about?

I try to go to many places and gain diverse experience.

You’ve tried your hand at acting, editing, producing and directing. After trying on different filmmaking shoes, which pair do you feel fits you best?

I will only find out after I have done more.

Last year, you took part in the documentary My Fair Wedding by Jang Hee- sun, which told a story of a gay couple and the struggles they faced during their marriage ceremony. What prompted you to be in this film?

I didn’t participate in the documentary My Fair Wedding. But I am very close with Kim Cho Gwang Soo and Kim Seung Hwan who are the main characters in that film. And I also went to the actual wedding from the film. And I support the two individuals and other LGBTs in Korea. (I played a role in the full-length film Two Weddings and One Funeral by the director Kim Cho Gwang Soo.)

Any new projects in the pipeline?

I was asked recently to direct a music-related film that is to be shot in Korea and Japan. As the script is not a story that I want to tell, it seems that I will need to change it a lot.

All photos: © 2015- Baek Jaeho and the photographer

The interview was originally published on March 6, 2016 on http://www.viewofthearts.com