A fried chicken restaurant and a highly incompetent narcotic squad – what could possibly go wrong? Extreme Job is Lee Byeong-heon’s newest production that has unexpectedly become the second highest grossing film in the history of Korean cinema, with over $120 million box-office profit against a $5.8 million budget – it is no wonder that a Hollywood remake is already in the works as a join project of Universal Pictures and CJ Entertainment, with Tracy Oliver penning the screenplay and Kevin Hart (most probably) taking on the starring role.

Modern day Seoul. Chief Go (Ryu Seung-ryong), detectives Ma (Jin Sun-kyu), Jang (Lee Hanee), Young-ho (Lee Dong-hwi) and the youngest member of the squad, Jae-hoon (Gong Myung), are all considered to be losers of the narcotics department and they have yet to experience some real action. Given their disastrous history, the unit is facing disbandment, but Go and his team remain dead set to capture the drug lord Lee Mubae (Shin Ha-kyun). They come up with the ridiculous idea of purchasing an unpopular fried chicken restaurant, which is situated opposite gang’s HQ, to use as their stakeout nest. However, when customers slowly start showing up, the detectives have no choice but to disguise themselves as cooks and waiters to keep up the pretense. The true twist comes when detective Ma, using his parents’ recipe for lamb rib marinade, creates fried chicken that keeps the customers coming, and the restaurant unintentionally becomes the hottest chicken restaurant in town. Out of the blue, the team has their hands full with both running the business and trying to keep up with their investigation. And then another twist comes when their success attracts the attention of Lee and his gang – they decide to make the restaurant a franchise that will serve as a front for their drug business and money laundering, taking the comedy of errors to another level…

What Lee Byeong-heon excels at – especially looking at his two previous, also successful films Twenty and What a Man Wants – is capturing the everyday absurdities. Although he makes use of slapstick comedy and often relies on physical gags, none of it feels nonsensical. For a while, there is a lack of a definite battle against the villain that would drive the plot forward, but that doesn’t decrease the value of the production.

Extreme Job is intended to make the audience laugh out loud at the characters as well as the witty dialogues, where the great assembly of actors comes into play; Ryu Seung-ryong is perfect as the scruffy, tired-of-life detective. Lee Hanee did a great job in the role of a tomboy detective; even though she is the only female in the narcotics squad, her role is strong enough to balance out the other male characters. Jin Sun-kyu has been associated mostly with his role in the recent hit The Outlaws, where he portrayed a Chinese-Korean gangster; however, he easily found his footing in the comic role of Ma. On the other hand, the antagonist’ characters do not feel fully utilized, but that, again, does not hinder the flow of the narrative. 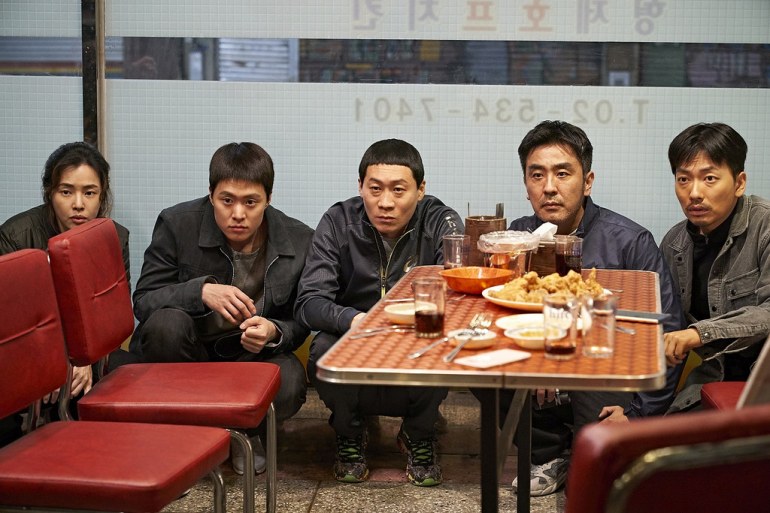 The premise and the structure of the film are simple, but are smartly laced with a distinctive style of humour. Bae Se-young’s storytelling is quite intelligent; she chose to maximize the comedy elements and complemented them with action, rather than the other way around. Extreme Job is a fresh and worthy achievement for Lee Byeong-heon and his team; a huge commercial success was unavoidable, and there is no surprise that the film won the Bronze Mulberry Audience Award at the 21st Udine Far East Film Festival.